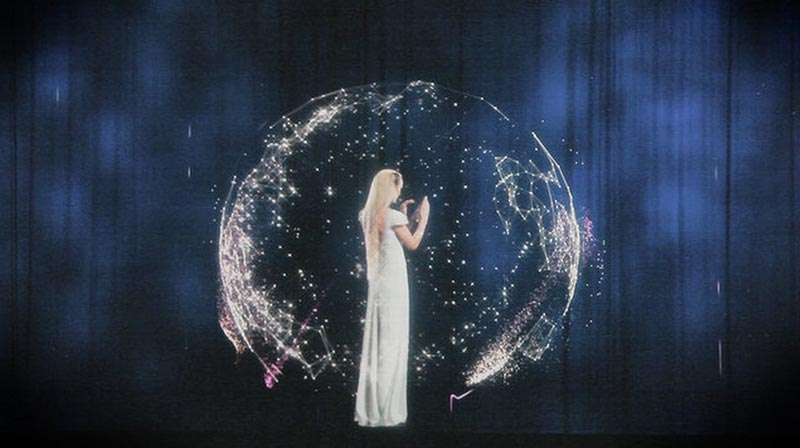 This is a montage of some key scenes from the show, some live captured moments and some behind-the-scene-shots. The question was how to communicate the philosophy behind the new collection of German «Haute Couture» fashion designer Stefan Eckert in a better way. The answer was the world’s first complete 3D holographic fashion show. I teamed up with director Florian Sigl to create the visual concept for the show and how to express the collection within this special medium as best as possible. After shooting with a high speed camera I did all stages of post production, from 3D to motion graphics to compositing. The result was one of the biggest holographic projections ever which creates a complete optical illusion and breaks the rules of time and space on stage.